Take your team to Europe!

As part of our Spain Sportsfest, our Spain School Netball Tours are very popular, and the Costa Brava is our most popular destination of all.

On Spain School Netball Tours, your team will enjoy:

Netball is a Commonwealth sport which is not readily played by our nearest European neighbours so we have created an all encompassing netball experience which includes top class coaching sessions and a full tournament programme against other schools. One of the most popular and cost effective tournaments is the SportsFest series which run during the Easter and Spring Bank Holiday. Guaranteeing outstanding value for money, enjoy professional coaching sessions, tournament matches, stadium visits and fun filled evening entertainment. School groups return year after year because they’ve had a great time, the students enjoy the non-stop fun whilst party leaders can rely on the organisation of the Activ4 team. Prices start from just £372, see footage here.

On our Spain School Netball Tours, there are a number of fantastic coaching options available. The excellence of our school netball coaches includes Beccy Roberts, a UKCC Level 2 Coach and International Umpire who plays for the North Wales Dragons. Beccy designs the coaching programme, which this year is going to include umpiring workshops so that young netballers get a different perspective of the game.

Barcelona and the Nou Camp excursions

Barcelona is a ‘must-do’ excursion; stroll on the magnificent Ramblas in the heart of the city and watch as numerous street artists entertain the crowds. Don’t miss the fabulous Nou Camp stadium either, it may not be a netball venue but it is an iconic destination that everyone remembers. 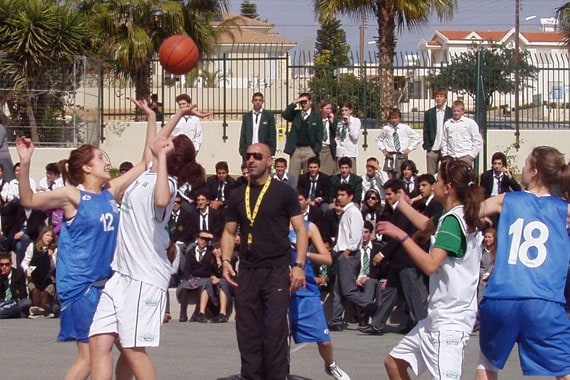 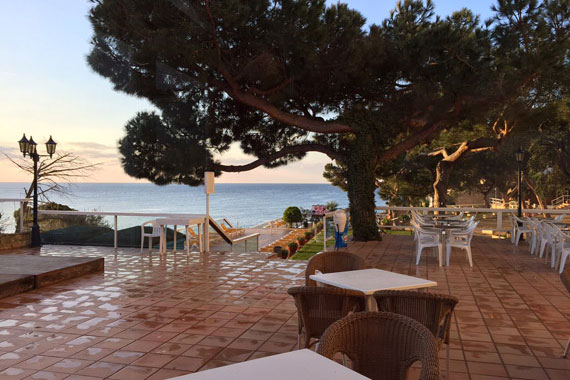 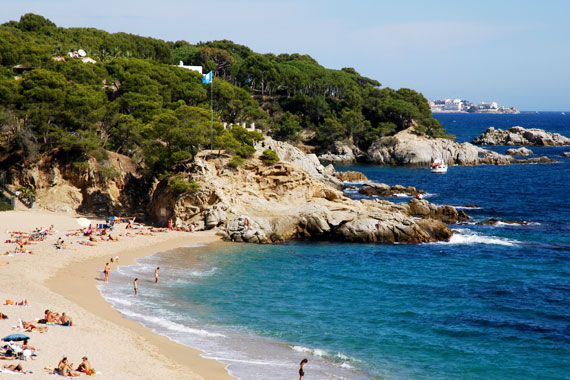 Barcelona and the Nou Camp

Platja D’Aro is a fabulous little town situated on the Mediterranean coast just north of Barcelona.  It is very safe and attractive and provides an ideal location to combine sport, culture and leisure in a natural setting. At its heart is a lovely seafront with impressive beaches and idyllic bays.  The ease of access to the excellent local facilities and the opportunity for excursions to water parks, theme parks, Barcelona and the Nou Camp make Platja D’Aro perfect for school trips.

Depart from school and head to Dover where you will cross the channel to Calais travelling overnight to the resort of Platja D’Aro.

On arrival at the Caleta Palace hotel your group will be met by a member of the Activ4 School Tours resort team who will assist you with check in to ensure it runs smoothly. You will then have the rest of the day to enjoy exploring your surroundings followed by a well needed evening meal.

Coaching will be done throughout the day on one of our many pitches. You will always have a coaching session before your first fixture. As with all areas of Activ4 School Tours programmes, evening entertainments will be carefully planned for your group and after the first of your fixtures many groups choose to round off the evening at ‘D’Aro Bowling’.

The bustling cosmopolitan city of Barcelona is the Catalonian capital and has something for everyone. Your group can opt to take a tour around Europe’s largest football stadium, the world famous Camp Nou. Or head straight to Las Ramblas for some shopping time (this can be done after Camp Nou). The students will love the shops, stalls and street entertainers.

Back to sport this morning with a coaching session to prepare you for your final fixture. Netballers will have their tournament throughout the day. During the afternoon you may take a trip to the beach! On the final night it has become a tradition for touring teams to hold an awards ceremony to decide on the player of the tour.

Unfortunately all good things come to an end. After breakfast it’s time to check out but there is just enough time for some last minute shopping, try Les Gallerias just off the high street, and lunch before you head out to start your journey to Calais.

On arrival in Calais you will set sail to Dover and travel back to school. The tour officially ends when you get back to the UK, but with a trip this great we are sure that it will live long in the memory.