The skiing in Bad Kleinkirccheim is simply fantastic! Whether you are a novice or a hardened veteran you will be able to find your own space in this beautiful part of Austria. A great example being the longer than usual nursery slopes that keep beginners going down the hill for longer, giving them a very early taste of being ‘on the mountain’… or the 3.5km Franz Klammer World Cup run for those who really want to challenge themselves. Bad Kleinkirchheim school ski trips certainly give you plenty of variety in terms of slopes.

Bad Kleinkirchheim ski resort has great areas for beginners including some longer than normal “nursery” slopes which give students a very early taste of being “on the mountain”. Inters and advanced are also very well catered for. So from nursery through to the 3.5 km Franz Klammer World Cup run, there really is something for everyone.

So why does Bad Kleinkirchheim ski resort work so well?

We guess that it has a lot to do with the people… The main man over there is Max and he basically makes sure everything runs perfectly! Depending on which hotel you stay at ski fit will take place either at the hotel, which is nice! Or at the foot of the slopes, which is also great. The instructors are on hand every morning to greet the groups and most of them stick around at lunch time as well. 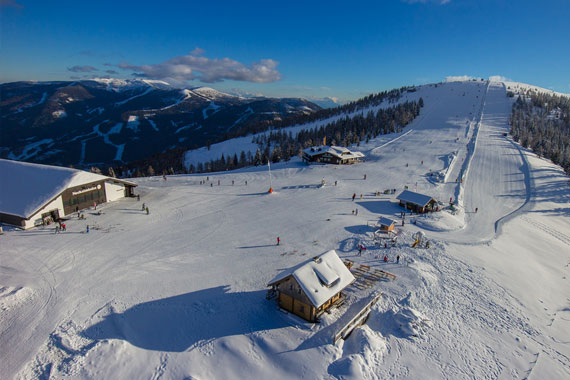 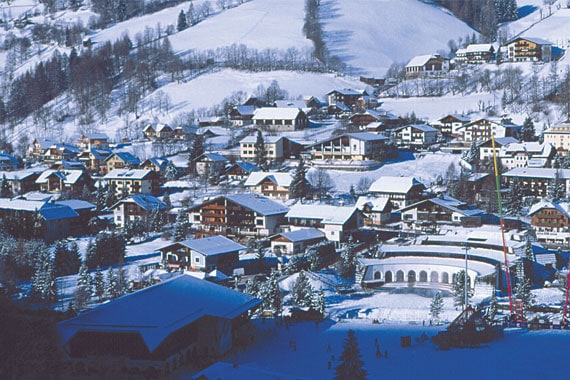 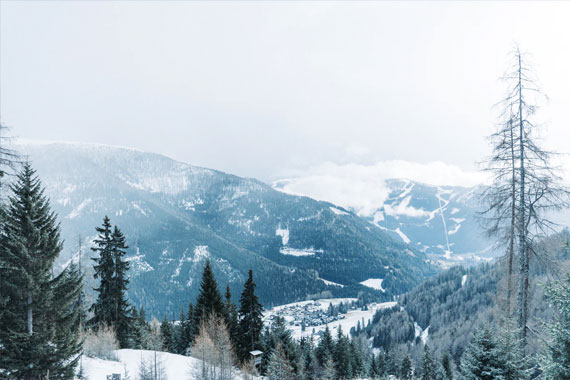 BKK is a fabulous resort situated in the famous Corinthian Mountain range. There is over 100km of downhill skiing and the 27 pistes are served by 25 lifts. The skiing genuinely offers something for everyone from the beginner to the seasoned veteran.   With night skiing also offered, there is something for everyone!

Depart from school and head to Dover where you will cross the channel to Calais travelling to the village of Seeboden in Austria.

Your Activ4 School Tours Representative will help you check in when you arrive at the hotel. The Alte Post Hotel features a welcoming lounge area, restaurant and bar. Students will have time to explore the village and acclimatise themselves in the comfortable surroundings of the hotel. Followed by a filling dinner in the restaurant.

Your group will start each day with a short drive to the stunning ski resort of Bad Kleinkirchheim, BKK. The Ski school will be waiting to greet you at the ski rental shop to get started as soon as you are suited and booted. Your well earned lunch will be eaten on the mountain. Return to the slopes and enjoy the rest of the day.

Head out for another full day of fun in the snow. The resort of BKK has 100km of beautiful tree lined piste to explore. The 5 main lifts provide excellent access to the 15 other lifts and 100km of piste. BKK also hosts a round of the Audi FIS Ski World Cup. Finish today with a quiz run by your Activ4 School Tours Representative.

By now everyone will be starting to feel they are making good progress. Today might be the day for all the groups to meet up at the top of the mountain outside Panorama Restaurant Knock IN and admire the stunning views of the Southern Alps. This evening you can round off your day with a movie night.

Another day and out to make the most of the snow. Try challenging your instructor to a race; the practice could come in useful tomorrow! Tonight would be a great night to swap dinner at the hotel for a fantastic Pizza (optional extra)!

The final day of skiing! Often the best day as everyone has made fantastic progress and the instructors will keep everyone amused with time trials and slaloms! At the end of the day everyone will meet the instructors will present certificates. Unfortunately, all good things come to an end and after dinner you will set off on the coach journey home.

The tour officially ends when you get back to the UK, but with a trip this great we are sure that it will live long in the memory.