The 31st October is now celebrated around the world as Halloween. Here are some suggestions on the best Activ4 School Tours destinations, to ensure you have an unBOOlievable time on Halloween.

Halloween initially came from Ireland. Known as Samhain which is a Gaelic festival celebrating the end of harvest and the start of the winter. There is evidence to say that it has been celebrated on 31st October since the 10th century, making it over 1000 years old. During Samhain it was believed by the Celts that the barriers between worlds are at there thinnest, allowing spirits to pass through. Ancestors would be honoured and invited home whilst hurtful spirits were scared away. The tradition for dressing up for Halloween starts from the Celts dressing up as animals and monsters to disguise themselves from the harmful spirits. London – Home of Jack the Ripper

First on our list is London, the home of Jack the Ripper. This horrifying city makes an ideal short break trip around Halloween. With a visit down the London Dungeons to hear the shocking stories of Jack the Ripper. Jack the Ripper terrorised London, with the brutal murder of 5 known women, and many more that were never linked to him. These 5 murders took place between 7th August and 10th September in 1888 within a 1 mile radius. There were a number of suspects but the truth was never discovered.

The Tower of London is always a hit with students with its gruesome history. For over 800 years men and woman were sent here while waiting to hear their fate. The Tower of London is supposed to be one of the most haunted places in London. Some people claim to have seen Anne Boleyn stalking the site of her execution on the Tower Green. Similarly others say that Arbella Stuart, the cousin of Elizabeth I, can be seen in the Queen’s House. After Arbella starved herself while under arrest for marrying without royal permission. When on a tour the Yeomen may tell the chilling story of a huge bear who has been known to occasionally appear to scare visitors to death. Venice – The Island of No Return

Our second destination is Venice, known for its romantic atmosphere, however have you heard of its dark side? Part of the dark side is the Island of no return also known as Poveglia Island. Thought to be the most haunted place in Italy, located between Venice and Lido in the Venetian Lagoon. During the 18th century anyone with an infectious disease was sent to the island to protect the cities. Between 1922 and 1968 the island became a hospital for the elderly and mentally ill. Locals believe that the island is full of the souls of the people who once lived there. Some say they have seen the ghost of the director of the hospital jump from the bell tower. The story says he was cruel man that performed horrific experiments on his patients and eventually was driven mad by the ghosts of his victims.

Probably one of the most popular tourist attractions in Venice is St Mark’s Square. At the entrance of this landmark you’ll find two pillars in pink and grey marble and granite. The space between the two columns during the Middle Ages and Renaissance was used as the main execution site for hundreds of thieves, enemies of the Republic and murderers. Even to this day superstitious people will avoid walking between the two columns as it is considered to be bad luck. 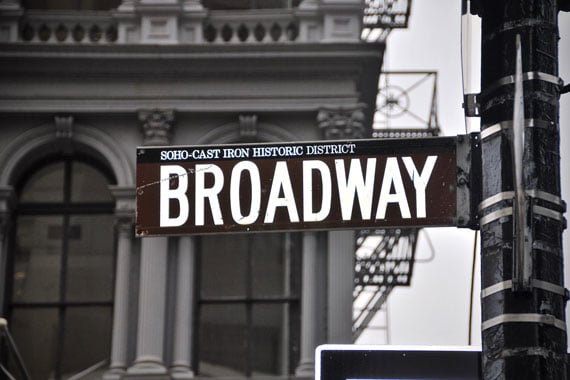 New York City is famous for many different reasons, one being the famous Village Halloween Parade. Taking places up Sixth Avenue from Spring Street to 16th Street in Manhattan starting around 7pm. The 2019 theme is Wild Thing, to join this section of the parade there is a cost. However you can march in the other sections for free but costumes are still mandatory. If you do not want, to partake in the parade you can join the fun in the crowd but don’t forget to get there early as it’s very popular.

Obviously when in New York City you must see a Broadway show. It is said that lots of the older theatres are haunted by ghosts. One of the most famous ghosts is at the New Amsterdam Theatre owned now by Disney Theatrical Group where Aladdin is performed. Olive Thomas was a onetime Ziegfeld Follies chorus girl and a silent screen actress in 1920. The story goes that Olive Thomas regularly visits the theatre after a performance; actors and staff are warned about her. In the past she is has made the sets shake and caused the lights to blow out in the upper floor offices. In an effort to prevent her mischief pictures have been put up by each entrance to the theatre. For this reason most staff will either blow her a kiss or touch the frame of the picture when entering and leaving the theatre. 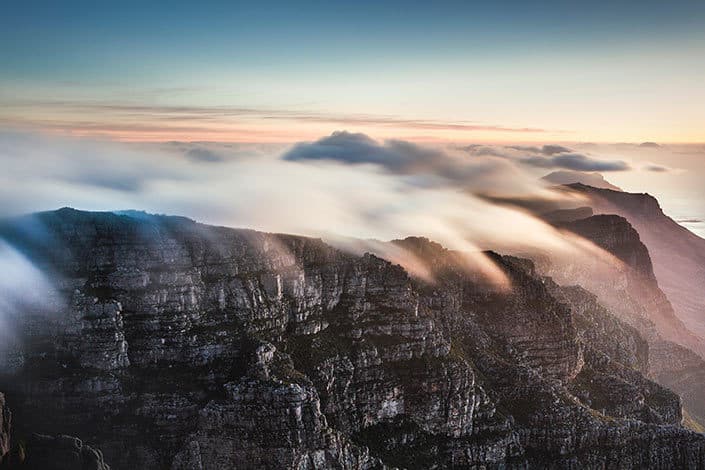 Last but not least, in the shadow of Table Mountain, Cape Town is an excellent choice for a Halloween trip. There are a number of haunted locations in Cape Town, the most famous being Table Mountain. Although there has never been any proof that the story is true, the tale says: A governor made an enemy of a citizen who then bought the governor’s son a flute. The son used the flute all the time, what he and his father did not know was that the flute’s previous owner was a leaper. The boy became very sick and was banished from the town. He was forced to live in a hut in the Forest of Table Mountain. Some people say that the boy’s spirit is still in the forest and you can hear him playing the flute in the distance.

If you want lots of ghost stories there is only one place you should visit in Cape Town, the Castle of Good Hope. Built between 1666 and 1679, the Castle is the oldest building in South Africa. One of the ghosts is said to be of Governor Pieter Gysbert van Noordt. Another is said to be a solider who reportedly cursed the governor, just before being executed. This caused the governors’ soul to never leave the castle. One of the ghosts is known as the Lady in Grey, who is often seen running through the castle holding her hands and crying hysterically. Probably the ghost seen by the most amounts of people is Lady Anne Barnard. Anne was the colony’s first lady who was known for being a colourful character who loved a good party. She often appears at parties at the castle to honour famous guests.

If you would like to know more about any of these scaringly good Activ4 School Tours destinations contact us today.