Why you should take your netball team to Sportsfest 2021!

Home » Blog » Sports » Why you should take your netball team to Sportsfest 2021!

Netball is growing as a sport and we at Activ4 School Tours want to empower more girls to be able to play outside of the classroom, in a competitive environment.

Just over 4 months ago, Liverpool hosted the Vitality Netball World Cup. Where 16 of the world’s best teams competed to be named world champions. A record breaking 112,000 tickets were purchased throughout the 10 days of court action. With all of England’s games being sell outs, giving them the home advantage. Pushing them all the way to claim bronze.

At Activ4 School Tours we have noticed an increase in the number of netball teams’ schools they wish to take on tour. We have run successful netball tours for over 15 years and the increase in teams this school year is higher than we have ever seen before. To ensure all students enjoy their netball tour, the most important thing to us is that students have fun improving on their skills.

The Activ4 School Tours Sportsfest is back by popular demand

Our Sportsfest tours to Spain and Italy are a great way to get your teams to bond, improve their skills and experience a different culture. Your netball team will receive professional coaching with our experienced coaches. This will help to get your netball team ready for the tournament. Activ4 School Tours tournaments are evenly matched against UK opposition. With it being a tournament the students get more time on the court. At the end of the tournament the winning team will receive the Activ4 Sportsfest trophy to take back to their school. Your students will enjoy non-stop fun, while you feel supported throughout your trip with our Activ4 School Tours in resort staff team. 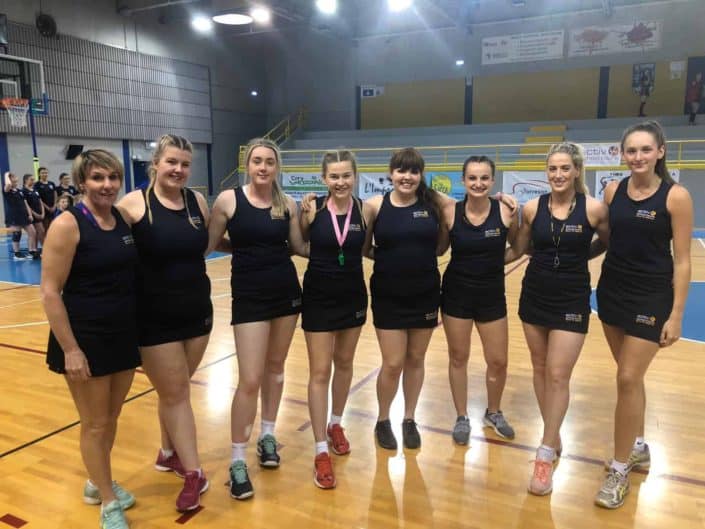 Take a netball team to Europe but they don’t play netball there?

Yes that is true; they only play netball in commonwealth countries. But we take all our netball expertise so you can have a fun filled netball tour in great locations in both Italy and Spain over Easter 2021.

Sportfest Spain is located directly on the beach in the stunning resort of Platja d’Aro on the Mediterranean coast. Platja d’Aro is a safe and striking town. Making the perfect location for combining sport and culture on your school sports tour. The impressive beaches, which are ideal for exploring during an afternoon. There couldn’t be a better location in Spain. In addition to this Barcelona is only a short bus ride for your excursion day. On your day in Barcelona you can visit the Nou Camp stadium, (home of FC Barcelona) for a tour along with Las Ramblas for some shopping, there really is something for everyone.

The netball in Platja d’Aro, usually takes place at the Palau d’Esports i Congressos, which we call the “Pista Central”. It is easily accessible and has recently been refurbished. The netball coaching and tournament take place here because the facilities are ideal.

Sportsfest Italy is held at the Bella Italia Village in Lignano Sabbiadoro. Lignano is located on the Adriatic Sea just up the coast from Venice. The resort is a popular destination with its 8km of golden sands on its blue glad beaches. For your excursion day at Easter you have two options here, one to go to Udine for the day. The traditional capital of Friuli with its medieval centre is enriched with culture. If you want to keep it sporting related you could go to the Darcia Arena. Which is home of Serie A team Udinese. Alternatively you could go to the capital of northern Italy’s Veneto region, Venice. You will get a traditional water taxi into the city and then have free time to explore and enjoy the culture of this incredible city.