Has the start of the 2017/18 winter season made you ask if this is the year for the next Winter Olympic Games?

If you are asking what the schedule is then we think you can be forgiven because there doesn’t seem to have been much in the way of early season advertising or press coverage to get us up out of our seats. Therefore we thought that for those of you for whom this news does coma as a surprise we would offer a brief rundown of what is actually happening. 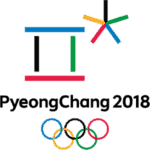 PyeongChang is approximately 180km east of the South Korea capital Seoul and although it isn’t immediately associated with winter sports. Perhaps you can be forgiven for making the initial association with the political situation that in North Korea but South Korea is one of Asia’s most affluent nations and does have a number of well developed ski resorts.

When do the 2018 Winter Olympics take place?

Who Competes at the Winter Olympics?

At the moment, given the prevailing political climate, there are 94 nations scheduled to take part in the PyeongChang Games. This is actually up on the number that attended the Sochi games, which had 88 countries competing and Vancouver which had 86.

Concerns of a boycott have seemed to grab the early news coverage as three of the biggest medal contenders raised the prospect of pulling out if the political uncertainty caused by the war of words between the American President, Donald Trump and the North Korean Leader Kim Jong-un escalate.

Team GB however have stated that they have no plans to withdraw from the Winter Olympics and are backing their athletes to bring home even more medals than four years ago.

Who are our 5 Best Chances of a Medal?

At the tender age of 15 Katie Ormerod became the youngest female to land a double backflip and since then her reputation has gone skywards and culminated in her winning the FIS Big Air in Moscow last season. Some say that now aged 20 she is our best chance of a medal.

Dave’s encouraging start to the World Cup Downhill season has given rise to medal optimism despite to previous Olympic appearances where he didn’t manage a podium position. Having already equalled Britain’s best result at a World Cup event at 30 this might be his last chance to bring a medal home.

World Cup Slopestyle and X Games, Big Air wins in 2017 see James Woods carrying good form into the Olympic year. This charismatic skier fell short of a medal in Sochi after damaging a hip as a gust of wind pushed him wide on landing on the first official day of training on the course. Another possible medallist with a point to prove.

This Youth Olympic Gold Medallist is the youngest hopeful of our bunch and she is actually studying for her A Levels, when she is in the UK that is. Having skied since she could walk Madi is in no mood to let her age detract from her chances of a medal and doesn’t seem fazed by the prospect of Olympic competition.

We couldn’t help but mention Izzy who last season became the first British woman to win a ski slopestyle World Cup event. Izzy started off skiing in Sugarloaf which is a resort close to our hearts as a school skiing destination. Now based in Park City Utah Izzy results from last season mean she has to be one to watch in PyoengChang.